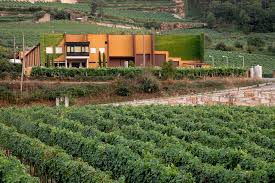 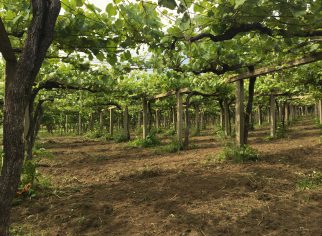 In 1984 a farm named Morgadío in the Rías Baixas subdistrict of Condado do Tea near the aldea of Albeos was consolidated from multiple existing owners, and planting began. Vineyard area was gradually expanded to its current 148 acres. Within Rías Baixas there are three primary subdistricts: El Rosal and Val do Salnés on Galicia’s rainy Atlantic coast, and Condado do Tea inland on the north bank of the Miño River, a situation remarkably reminiscent of Germany’s Rheingau. Condado’s gentle climate, southern exposure and soil of brilliantly reflective granite sand serve to maximize the Albariño’s concentration. Just in time for the 1988 harvest, Morgadío finished a state-of-the-art gravity-flow facility at the bottom of the vineyard amphitheater which includes pneumatic presses and isothermic stainless steel tanks. From the 1996 vintage, the Méndez family of Orense has increased investment in the bodega for maximization of the estate’s production.