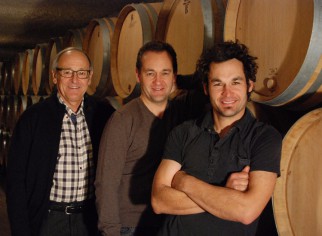 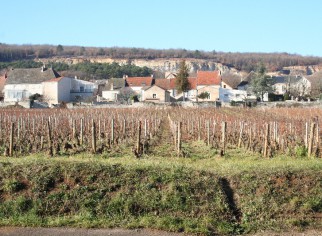 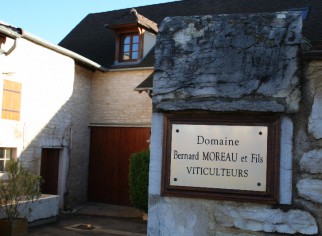 It’s impossible to discuss Chassagne-Montrachet without mentioning the name Bernard Moreau. Year to year, this celebrated producer vinifies and bottles some of the purest, most thought-provoking wines of the appellation. Employing a style of wine making that might best be described as hands-off, Bernard produces Pinot Noirs and Chardonnays that are sensual, opulent and utterly delicious.

The winery’s roots go back to 1809 when Auguste Moreau built a cellar across from the Champs Gain vineyard and farmed his few hectares of Chardonnay and Pinot along the golden slope. The 1930s saw an expansion of the family’s vineyards under the guidance of Marcel Moreau. Roughly 80% of the domaine’s current vineyard holdings were acquired by Marcel. At age 14, Bernard Moreau took over the vineyards and cellar in the early 1960’s. In 1977 the reputation of this great estate was fully established under the leadership of Bernard and Françoise Moreau and the winery was named Domaine Bernard Moreau. In addition to the changes in equipment, farming and wine making, they also purchased additional land bringing the vineyard total to 14 hectares. To help with wine making, viticulture and sales, sons Alex and Benoît joined the Domaine after having worked in New Zealand, Australia and South Africa.

VINEYARDS
As with most all great Burgundian estates the emphasis at Domaine Moreau is on terroir. Treat the vineyards right and they’ll reward you with superior fruit. To maintain healthy balanced soils the winery uses organic fertilizers and no pesticides. To ensure greater flavor intensity they farm the land for lower yields through pruning, debudding, green harvesting in August, leaf thinning for Pinot Noir (on the morning sun side), and the planting of cover crops in certain vineyards to encourage competition and soak up moisture.

WINERY
Aged in French oak barrels (10%-50% new) for 12 to 20 months depending on the vineyard and vintage. Alex states, “For our Pinot Noirs we don’t do any racking, fining or filtration. We want to make the purest expression of the Pinot Noir from our vineyards.”