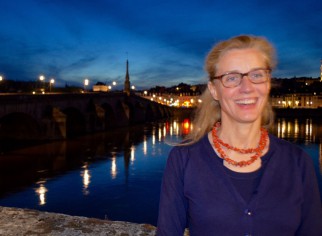 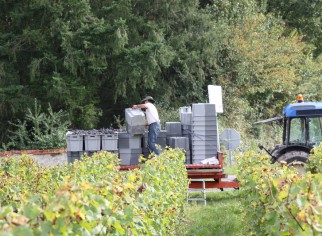 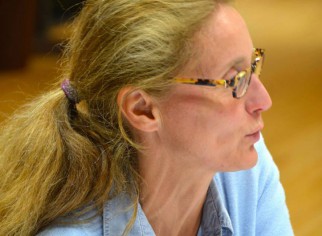 Terra Laura is an estate, in the Loire Valley, founded by Laura Semeria and her husband Dominique in 2007. With an aim to produce wines at the highest level the Cheverny appellation has to offer, they purchased an old estate with 15-80 year old vines. They are also one of the few producers of the tiny appellation of Cour-Cheverny.

Laura Semeria is a dreamer who takes action on her dreams. She was born in Imperia in Italy’s north-eastern region of Liguria. For three generations her family has tended olive orchards and produced olive oil for a living. In her early twenties the notion of working the land was a vision she could not yet embrace. She wanted to see the world. So instead she studied nutrition in Milan and began a career in the food industry. With daily interaction with some of the leaders of Italian gastronomy she was hooked on the food and wine scene. She spent her evenings studying wine and soon became a sommelier. Later she moved to Switzerland to join her husband, Dominique. There Laura found a marketing position with an international food company (think big). She travelled the world in this role, but the glamour of the travel and time away from home, husband and child gave her pause to dream of a different existence.

Dominique agreed and they set about looking for the perfect place to live, grow grapes, make wine and raise their now two children. They searched in Italy. They searched in France. On one of their discovery tours they found themselves in Cheverny in the Loire Valley where Laura fell in love with an exotic little known grape called Romorantin, the only grape variety in the ultra tiny appellation of Cour-Cheverny. Magic, this is it! With a population of 986 inhabitants and 28 castles, Cheverny was the ideal place for them to start their new lives.

In late 2006, Laura and Dominique quickly found a lovely 20 hectare estate 4 kms southwest of Cheverny and very near Château de Troussay. It took until September 2007 before the sale was complete and TERRA LAURA was born. Five days later Laura began her first harvest with the guidance and support of the previous owner.

VINEYARDS
The vines on the estate are 15-20+ years old with some parcels from 60 to 80 years old. The soil is argilo-silicieux (clay and sand). When Laura purchased the estate it was already being farmed “agriculture raisonnée” (or sustainable agriculture). At the very beginning Laura set a path to becoming an organically farmed estate and will soon have certification. She has also adopted some aspects of biodynamics. The cellar is equipped with state of the art vinification tools allowing minimal intervention to craft more authentic wines. Laura practices rigorous parcel selections in the vineyard, mostly hand harvesting, picking grapes when they are phenolicly ripe, and ferments using naturally occurring yeast.

The Appellations:
In the appellation of Cheverny white wines are composed of Sauvignon Blanc grapes, at a proportion of 60–80%, blended with Arbois, Chardonnay or Pineau Blanc de la Loire grapes. A small proportion is made into sparkling wine. The red wines are composed of Gamay grapes, at a proportion of 40–65%, blended with Pinot Noir grapes. Cabernet Franc and Côt (Malbec) can be used to make up to 15% of the wine. Pineau d’Aunis is added to these grape varieties when making rosés.

Cour-Cheverny is a miniscule 48 hectare appellation. The Romorantin grape, grown in the Loire Valley since the sixteenth century, is the sole grape of the appellation. It makes crisp, acidic, minerally white wines. Terra Laura is one of only 11 producers of Cour-Cheverny.