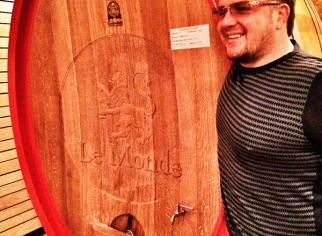 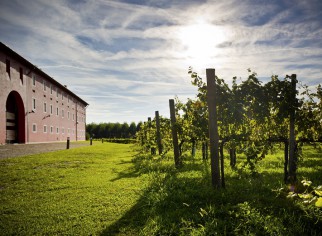 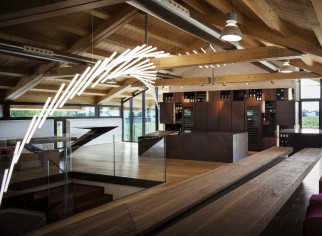 Nearly a millennia ago under the dominion of the Republic of Venice, the region of Prata di Pordenone started to gain importance as an agricultural region. Le Monde is a territory lying within this region between the Livenza and Meduna rivers, close to the border between the provinces of Treviso and Pordenone, all within the D.O.C of Friuli Grave. The “Serenissima” (Venetian Republic), built Venetian villas in this area and developed its agricultural resources in nearby farms located along watercourses connecting them to the Venetian Lagoon.

Friuli Grave is the largest appellation in Friuli Venezia Giulia accounting for more than 50% of the region’s wine production. The high Friuli plain, sheltered by the Alpine foothills, has a particularly original landscape marked with stony soils called “Magredi” or “Grave”. Over thousands of years, rivers deposited enormous quantities of calcareous-dolomitic material. The foothills protect the valley from the icy winds from the north. The nearby Adriatic Sea provides a maritime influence. The pebbles and stones reflect the light in the day and store heat to be released at night. All this creates an environment very well suited to agriculture. The winery headquarters, built in the eighteenth century maintains the architectural characteristics of the time.

Le Monde takes its name from the Germanic word “mundio” that referred to the protection granted by the Austrian Emperor to some lands. With 50 hectares (125 acres) of vineyards, Le Monde was founded in 1970 by the Pistioni family and taken over by the Maccan family in 2008. The Maccan family is from the Prata di Pordenone area and became quite successful in industrial technology. The family had the desire to lift the quality of wine in the region to its highest potential. Alex Maccan, then 31, passionate about wine was energized and enthusiastic to take on the task.

WINEMAKER
From the beginning, the Maccans sought the advice of top wine consultants, first Franco Bernabei and now Giovanni Ruzzene. They wanted to produce wines with freshness of fruit, balance, with immediate accessibility and enjoyment.

SUSTAINABILITY
Le Monde’s commitment to saving energy and reducing its environmental impact translates in a combination of daily gestures and investments. Recently, the surface area of the photovoltaic plant has been doubled and today the company is self-sufficient in over 90% of its energy production. In terms of saving exhaustible resources such as water, we adopt agronomic practices such as irrigating the roots only, with a plant-by-plant system. We also adopt a system for washing and capping bottles that recycles the water we use.

To reduce carbon emissions, we use state of the art tractors, which produce low emissions and consume little fuel. In addition, by adopting straddle machines in the vineyard, the time spent in the field is reduced and soil compaction is considerably reduced. Again thanks to technology, we adopt machines that allow several operations to be carried out on the vineyard at the same time, another element that reduces the passage through the vineyard. Lastly, we have chosen to use transport cartons made of 100% recycled material.

VINEYARDS
The soils here are a mixture of clay and chalk. The vines were planted with a density of 1200-2000 vines/acre. Most vines are over 30 years of age. Indigenous and international grape varieties make up the mix. There existed wooded areas on the borders of the property that were extended by Alex. He farms in a sustainable manner and as close to organic as nature will allow. The extended woods were to further protect his vineyards from neighbors who may not share his dedication to the environment. 7 hectares (17 acres) lay fallow for three years so in 2015 the land could be farmed organically.

WINERY
Alex, with his wife, Marta Paladin Furlan, decided to make their mark in the region. Marta is an architect. Along with good friend, architect Alessandro Isola, she designed the renovation of the 18th century historical villa. The trio created a winery where tradition finds the right combination with modernity and design elegance. No expense was spared to bring in the latest of winemaking technology. They designed all aspects of the winery to reflect a modern approach to winemaking and respect and sensibility to nature. For example, solar panels generate 70% of the winery’s electrical needs. The design elements throughout the winery are modern and exciting. The villa is spectacular!

At harvest, dry ice is used to keep the grapes cool on their very short journey from the vineyard to the winery. The latest bladder press equipment is utilized for gently pressing of the fruit. Wines are vinified in stainless steel tanks to retain freshness of flavor and aromatics. Tanks are first filled with nitrogen prior to the wine entering the tank. This new technique allows Alex to use almost ½ as much sulphur in the winemaking process. Fermentations are temperature controlled to be long and slow to bring out richness and aromatics. 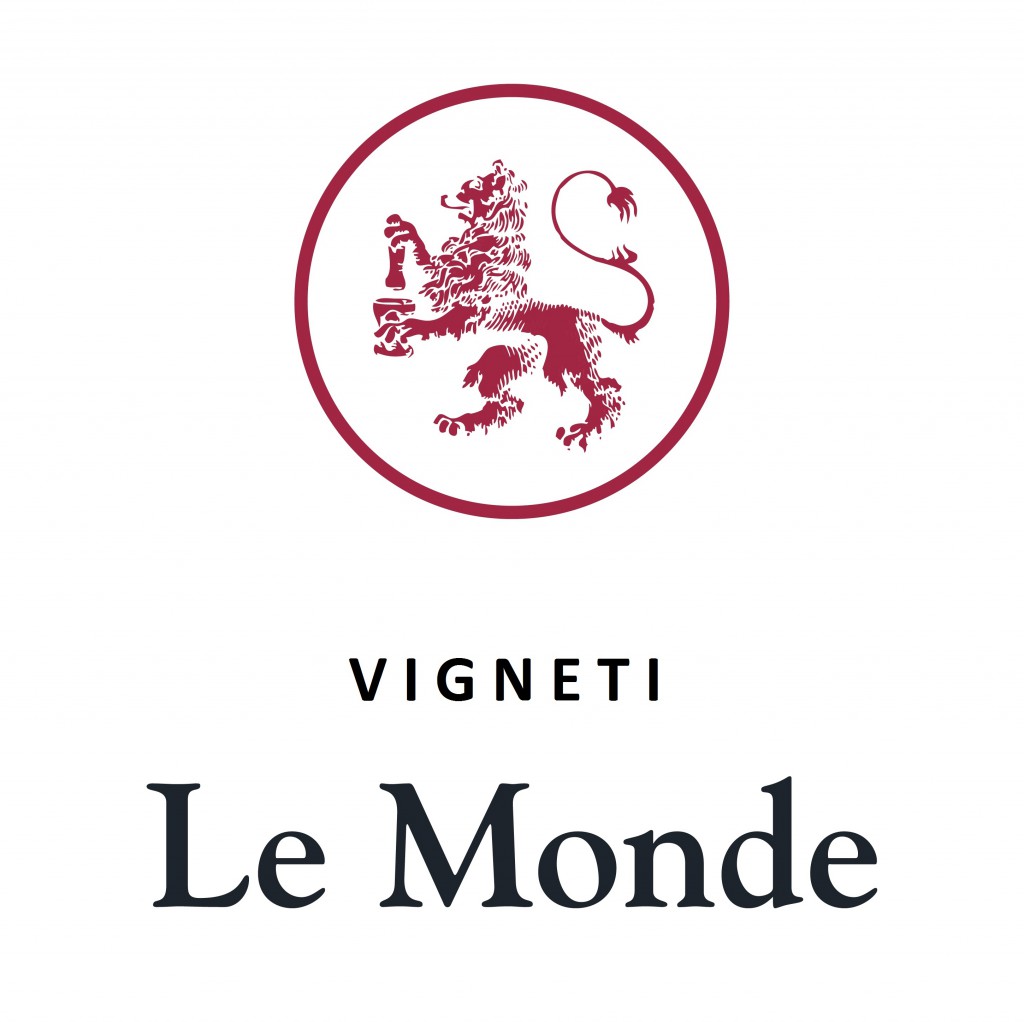