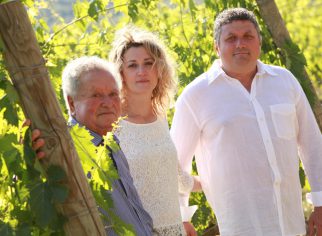 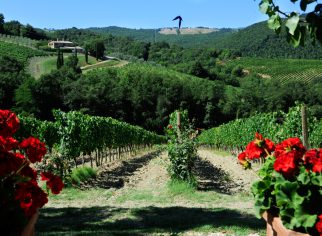 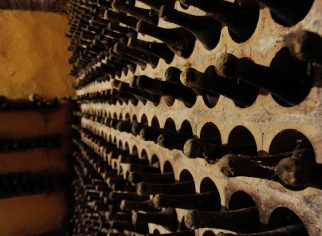 The persuasive charm and attentive embrace of the Sassetti family lures one to the vineyards, cellar and people who have farmed some of Montalcino’s finest vineyards for over a century.

Four generations of the Sassetti family have made wine in Montalcino. Livio worked the historic property through the late 1970s, then purchased the 16 hectare vineyard of the now–famous Podere Pertimali. The Podere is in the Montosoli area, north of Montalcino, a particularly well-known area for the cultivation of the Sangiovese grape.

In 1967, Livio was among the founders of the Consorzio del Brunello di Montalcino, which was the same year the DOC(G) system was written into law. In 1968 he built a terracotta wall in his cellar to preserve the old vintages of the wines produced by the family.  Today, that collection consists of almost 1,000 bottles, including a bottle dated to 1915.   Faithful to the teachings of his family Livio has over time renewed and expanded the vineyards, preserving the genetic heritage of the old vines and preserving the primigenie characteristics.

In 1999, the Sassetti family acquired property in the Maremma, La Querciolina, within the Montecucco DOC. More recently, they have begun working with a small property in Colle Argento, in the Valdobbiadene Prosecco DOCG region.

Today the estates are managed by Lorenzo Sassetti, Livio’s son, fourth generation family member and acclaimed winemaker. He is joined by his wife Sabina and together they passionately uphold the family name and reputation.  All of Lorenzo’s wines have deep roots in their respective terroirs, showcasing his willingness to preserve their traditional features. The wines are invigorating, aromatic, powerful styles that dance on the palate rather than attack it with blunt force. The Sassetti’s “Pertimali” Brunello di Montalcino is a collector’s wine. A benchmark.