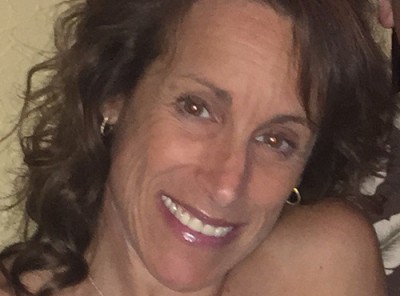 I was born in New Mexico and credit my aptitude for spelling and other language skills from having to learn how to spell “Albuquerque” at the age of 2. My family moved several times back and forth across the U.S.; I ended up in the Lone Star state to finish my 9-year college career at the University of Texas at Austin. With enough credit hours to have many degrees, out-of-state tuition combined with the fear of being eligible to collect Social Security before I graduated were powerful motivators to finally enter the big, bad world of gainful employment. After another long learning curve, I met my wonderful husband and we are raising 3 teenagers. My chosen career in the adult beverage industry has proven quite useful in our surviving the teenage years.

Where have you lived?

In addition to NM, I have had driver’s licenses from Maryland, Arizona, California and Texas, but have called a few more states home at one time or another.

1980 Chevy Chevette. There’s a reason they don’t make it anymore. More than one, actually.

How did you start in the wine business?

Genetics. Several generations of my family had been in the wine business in Germany, and my grandfather and great uncle continued the tradition when they immigrated to California. After graduating, I moved to Houston to pursue a career in pharmaceutical sales, sold copiers (root canals are more fun), before ending up serving “liquid pharmaceuticals” as a bartender for a few years. Recognizing that health insurance and a 401K might be good things to have, I started talking to a few customers who worked for a distributor; the rest, as they say, is history. I think there were Vegas odds on my never leaving the distributor, but after 13 years, I finally made the leap to the supplier side and haven’t looked back.

Best concerts of your life

After tasting wine all day I want to drink a…

Margarita. I live in Texas. And one is definitely not enough.

Anything I can get my hands on.

What puts the biggest smiles on your face?

Spending time with my family and friends, watching my kids play sports and working in my garden. (According to my husband, the latter is my therapy, and it’s less expensive.)

Starting the day off visiting the Champagne houses of Salon and Delamotte, followed by a tour and tasting at Domaine de la Romanee Conti hosted by Aubert de Villaine. Spitting was not the agenda that day.

Last bottle of wine of wine you ever want to drink

There has to be a last bottle???? That thought is way too depressing…nope, not going there…

While on the wine route I love to…

Be a passenger. Driving in Europe is more frightening than being on the freeways in Houston during rush hour.

If you won the lottery…

I already did when I married my husband.