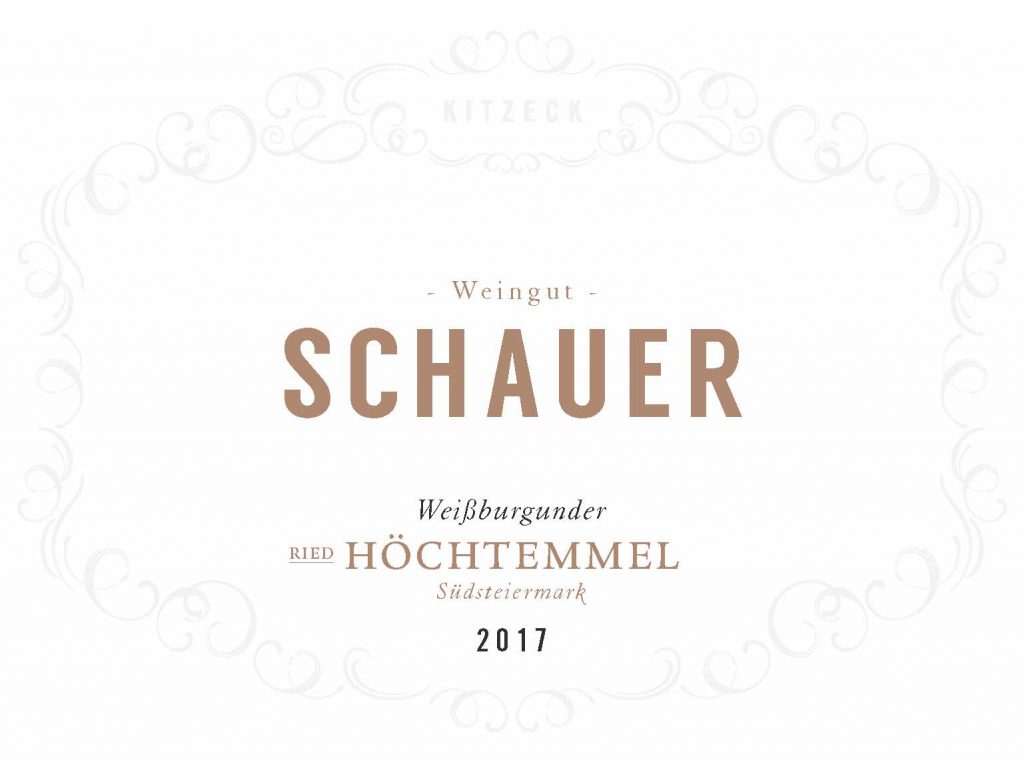 On some of the highest and steepest winegrowing slopes in all of Central Europe, where winegrowing was documented as early as 1757, a pair of brothers continue their family tradition. Bernhard and Stefan Schauer have taken over the reins of their family’s winery and brought their own passion to this corner of Südsteiermark in southern Austria. Records in the village church document the early winemaking of the Schauer family. Once a farm of mixed agriculture, the crop is now grapevines. Grown on the top of hillsides, the vines thrive in the slate and schist-rich soil.

Since the beginning, there has always been a Schauer family winemaker overseeing viticulture and winemaking in Kitzeck-Sausal. Both the great-grandfather and grandfather of the present generation were farmers and made wine. In 1980, Karl Schauer completed the conversion of all farming to grapevines. In 2010, he passed primary responsibility for the estate to sons Stefan and Bernhard. The brothers are passionate winegrowers who always work together, in the vineyards, in the cellar, or in their parents’ Buschenschank (traditional Austrian wine tavern) and guesthouse. Stefan is the winemaker and runs the winery with Bernhard, who handles marketing and all administration. Stefan went to school for viticulture, then worked for wineries in Italy and the Wachau before returning home. Bernhard studied hospitality, then spent a year in Britain, another on a cruise ship, and then in the Austrian national tourism office. They have grown the winery quickly in the past 10 years: from 10 hectares in 2010 to 28 hectares in 2019.

From a small, south/southeast-facing, terraced monopole at 575 meters in altitude and vinified in 500-liter oak barrels for 17 months, the 2017 Weissburgunder Ried Höchtemmel is intense, pure, fresh and oaky on the youthful but promising and well-focused nose. On the palate, this is a medium-bodied, pure, vital and well-concentrated Pinot Blanc with fine tannins and a serious, sustainable finish. It’s an impressive, gastronomic and piquant white wine with a long and salty, tightly woven finish. Drink 2020 – 2035

CELLAR SELECTION Bright, vivid lemon notes share the nose with a wonderful creaminess. The palate continues in this sunny, pure lemon and cream vision, presenting a concentrated body that comes on light, tiptoe feet. This is fresh but creamy, slender but mellow and oh so wonderfully textured. This makes the case for Weissburgunder, aka Pinot Blanc, of the highest order. Lovely now, it is certain to evolve. Drink now–2035.